See file one for-

Questions and Answers regaring the Heath.... This lovely area of heathland to the east of Cawston might be considered to have changed little over the centuries. This may be true in some respects, for the birch trees, gorse, and heather continue in their beauty, but our ancestors of the First Elizabethan days would be amazed that today the heath is almost unknown to many of our local inhabitants, and plays little part in their lives. In Tudor times it was of considerable importance, a place where farmers grazed their sheep under the fold-course system, where controlled rabbit warrens provided food, while the villagers had grazing rights for their livestock and relied on the area for their fuel supplies. These resources were jealously guarded by farmer and tenant, rich and poor, and from time to time there were lawsuits to settle problems.

The eastern extremity of the heath is a strip of land extending into Marsham, once known as Dead Man's Hill. Long ago a body was found here, and a dispute arose as to whether Cawston or Marsham should arrange the burial. Cawston accepted responsibility, and our present parish boundary includes this land. Not far away is Gallows Hill, where a gibbet once stood, an unhappy sight for travellers along the old heath road from Marsham. An even older road, possibly pre Roman, leading inland from the coast, passed near Botany Bay Farm, on through Eastgate to Booton, and all the way to Castleacre. This road can be traced on aerial photographs, and in favourable conditions appears as a light track across the fields on the south side of the road to Buxton.

Two local August anniversaries are connected with the heath. The last Duel in Norfolk was fought here on August 20th, 1698, and the story of how Oliver Le Neve killed Sir Henry Hobart is well known, and commemorated by the stone near the Woodrow Garage, a delightful little National Trust site adorned with masses of violets in spring. August too, saw the great Sheep Fair, held over several centuries on the last Wednesday in the month. It has been described as "the greatest sheep show in the country", and brought huge flocks to the surrounding roads, lambs from the west Norfolk breeders being sold to the graziers from the east.

Cawston Heath today, although diminished in size, is well worth a visit at all seasons - but if you go on a hot day in August keep an eye open for adders!

In 2014, the Norfolk Wildlife Trust began an ambitious project to restore about four hectares back to open heathland.

After removing the pine and scrub and grinding the stumps, the final process of striping the surface of humus and pine needles was completed to allow heather seeds to germinate.

Once established, this heather-dominated landscrape will again be good habitat for heathland specialities such as woodlarks, nightjars and adders. Duel on the Heath - part of the Cawston Remembers Project: 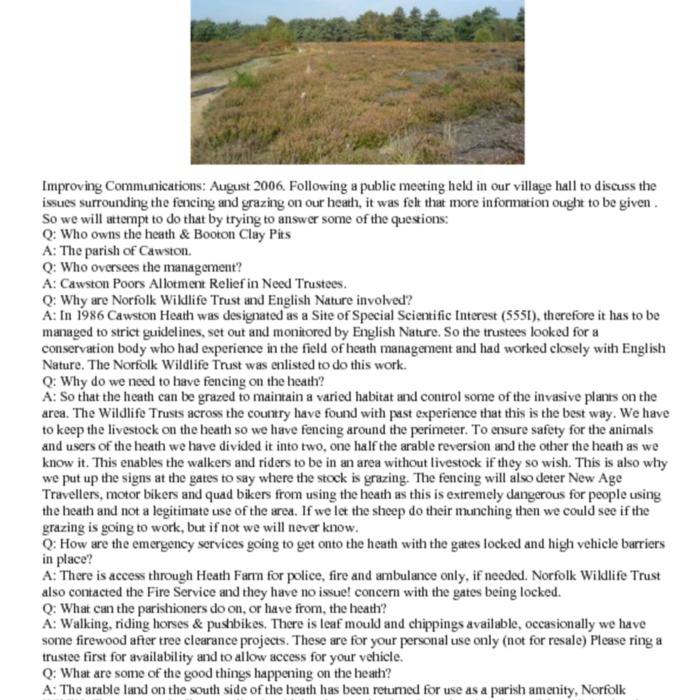 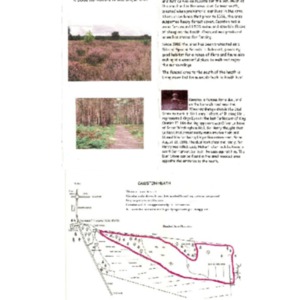 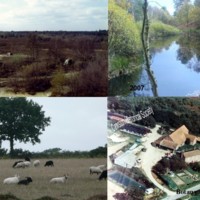 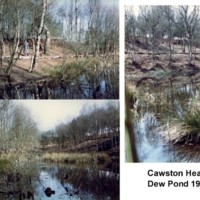 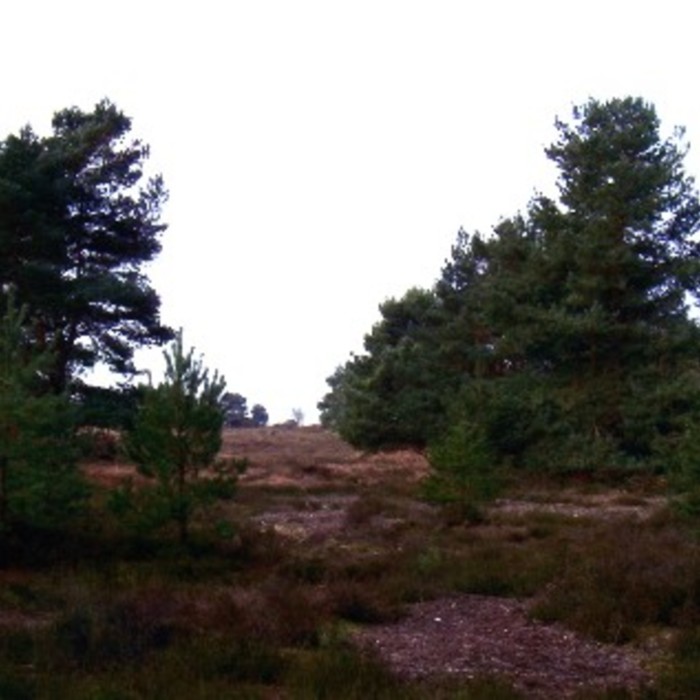 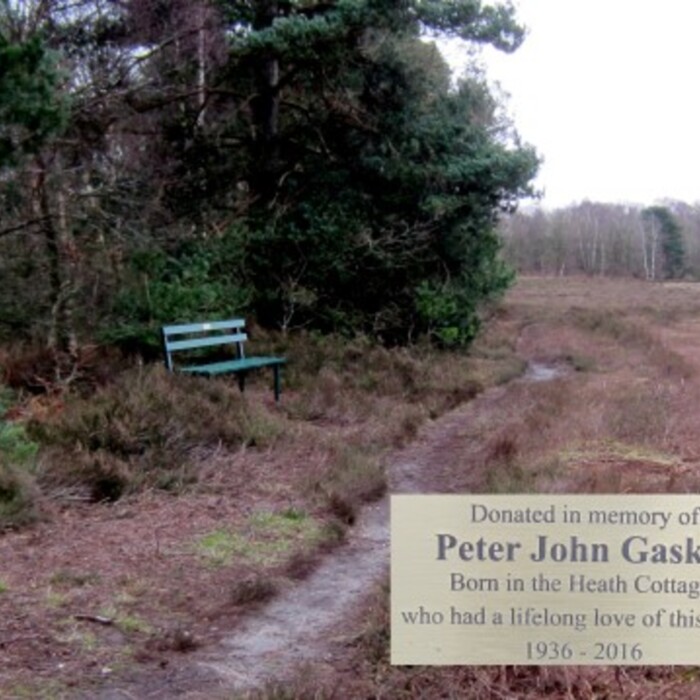