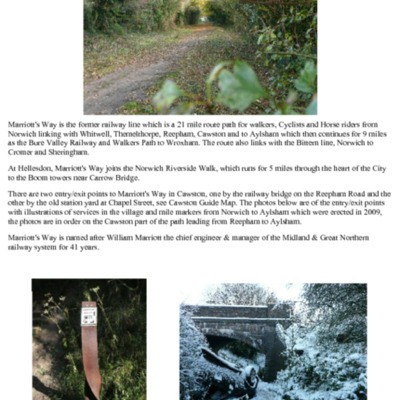 The railway/station opened in 1880 and was on the Great Eastern Line, which in 1923 became part of the London and North Eastern Railway. passenger trains ceased in 1952, freight trains ceased in 1966, a connection was made to the ex-M & GNR Line at Themelthorpe routing traffic through Cawston until 1985.... 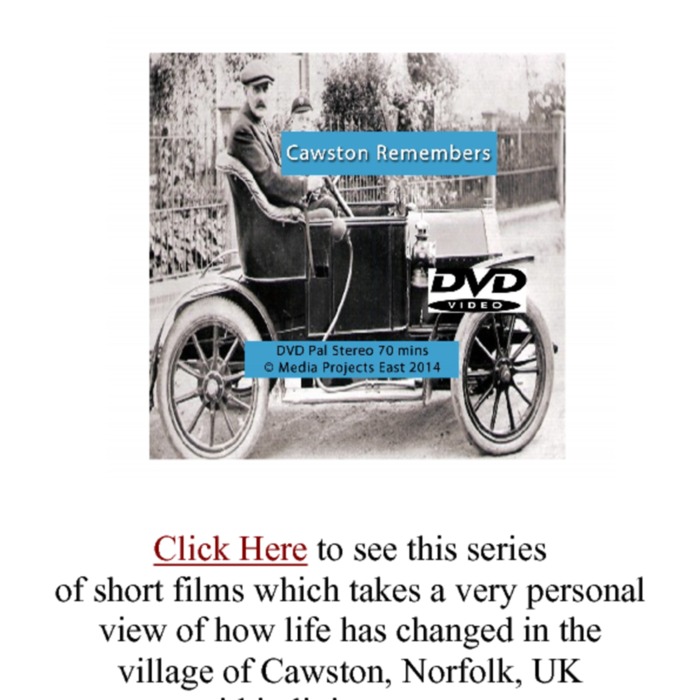 Exploring the History of Cawston a Norfolk Village.

A series of short films takes a very personal view of how life has changed in the village within living memory.

Village residents were invited to record reminiscences and share photos of past times. A team of youngsters from Cawston Primary School then chosee the funniest stories to illustrate through cut out animations.

Contact us to purchase the DVD or the films can be seen on line at: