Part of the Cawston Remembers Project:

From time to time men working in the fields of Cawston have found flint tools used by our earliest ancestors, dating from the old stone (Paleolithic) age, about 400,000 years ago.

From the Ice Age- "Blue stones" have been found here, large boulders carried by the glaciers and left when the ice melted. Our maps show Bluestone Plantation in the north of our parish, and Bluestone Station was nearby on the old railway line. At least two "Blue Stones" can be seen today, one near the wall of Church Farm, just inside the entrance, and another by the path near the south porch of our Church.

From the New Stone (Neolithic) age - In Cawston a number of well finished hand axes have been unearthed, one of the best being found by Mr David Lee of Sygate, and presented to the School in 1953. From the Bronze Age- In 1960 when workman digging post holes, on on the west side of the entrance to Cawston School uncovered an Urn, which was to contain bones, at the Castle Museum at Norwich it was identified as a Bronze Age burial urn, the bones being those of a young man.

Tools, weapons, and fragments of food have been found in similar urns, which were usually concealed within a barrow, or circular earthwork. Traces of these barrows have been found in our area, near the Cawston - Marsham boundary on the Heath, and also on the east side of Booton Lane, opposite the hollow near the copse. These were identified on aerial photographs by Mr Richard Clarke. Curator of the Castle Museum, in 1956, they appeared on the photographs as small, dark circles, and at that time it was possible, in favourable conditions, to see them from the high bank near the lane.

A few Bronze Age tools have been found here, notably a small Bronze axe head unearthed in a field near the Woodrow by Mr Frank Allen when ploughing.

From the Iron Age- Beginning about 500 B.C. Little evidence of this period has been found here, but an iron harness ring found in a well-sinking operation near the Woodrow is believed to date from the 1st century of the Christian ere.

From the Roman Times- Cawston is not lacking in reminders of this period in our history.

An air raid in 1942 resulted in the discovery of Roman pottery in bomb craters on the west side of Booton Road, most of it was badly damaged, but a number of pieces are in the Castle Museum. There are also records of the finding of Roman coins in the Parish, including one of the 2nd Century A.D., (Empress Faustina) found when a cellar was being constructed. The late Mr Tom Sayer of Booton Hall noticed a rectangular formation of "crop marks" and believed he had seen the outline of a large Roman building which would not be unlikely as similar evidence of a possible fort has been found in fields at Sygate supported by recent aerial photos (1993.

Further support for these suppositions is provided by the fact that a Roman road passed through Cawston. In the 1950's this ancient way was clearly visible on Cawston Heath and the neighbouring fields opposite Botany Bay Farm, running westwards towards the Holt-Norwich road. Aerial photographs show the road nearer Cawston, continuing past the south of Cawston Wood to Booton and Reepham.

In 1953 a group of students excavated a section of the road on Marsham Heath, it was found to be about 5 metres wide, and composed of five alternative layers of gravel and flint stones. The crop-marks referred to above, near to a Known Roman road, suggest that there may have been one or more Roman Villas near our village. 6th. Century Anglo-Saxon- Mr Pat Waby of Eastgate found while ploughing a form of a ring, 6cm in diameter, 5cm thick, with simple decorations, it was identified at the Castle Museum as a 6th century Anglo-Saxon ring brooch, made of bronze. Barbara Green, who identified it, said that such brooches were usually worn in pairs, one on each shoulder, with beads hanging from them. 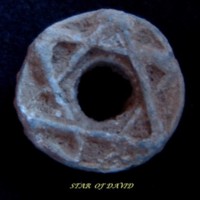 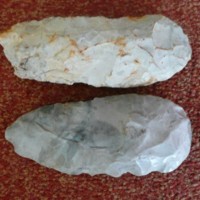 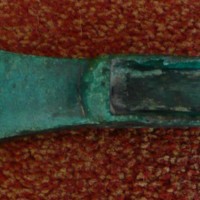 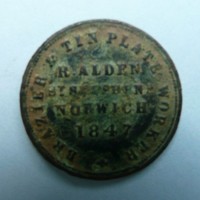 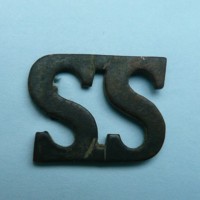 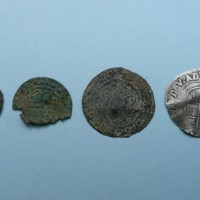 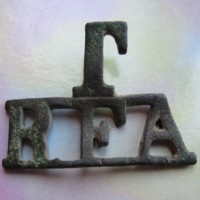 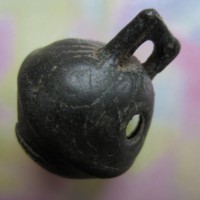 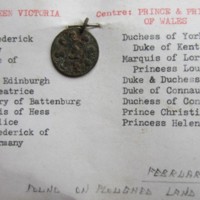 See photo file for some details.... 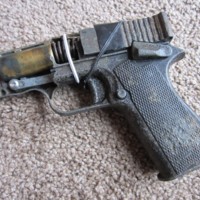 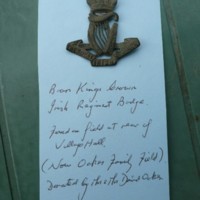 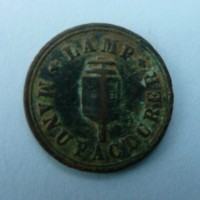 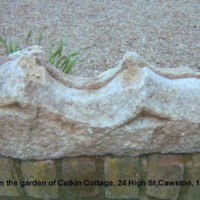 Part of a sculpture? found in cottage garden by Village Hall. 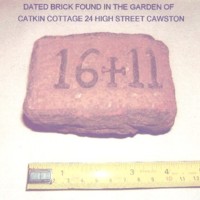 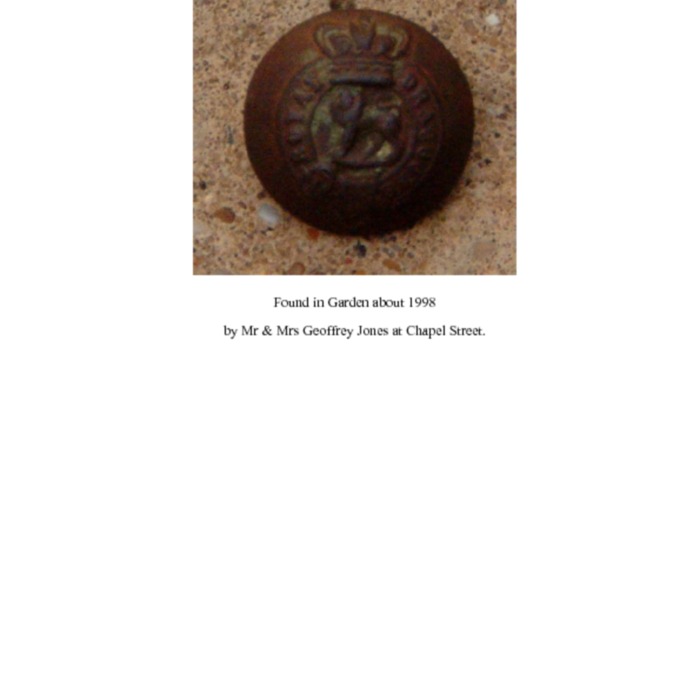 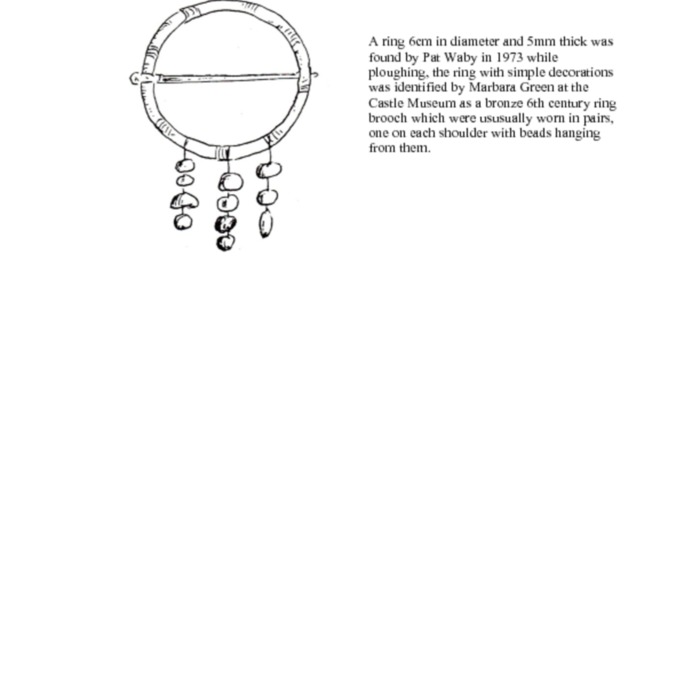 A ring 6cm in diameter and 5mm thick was found.... 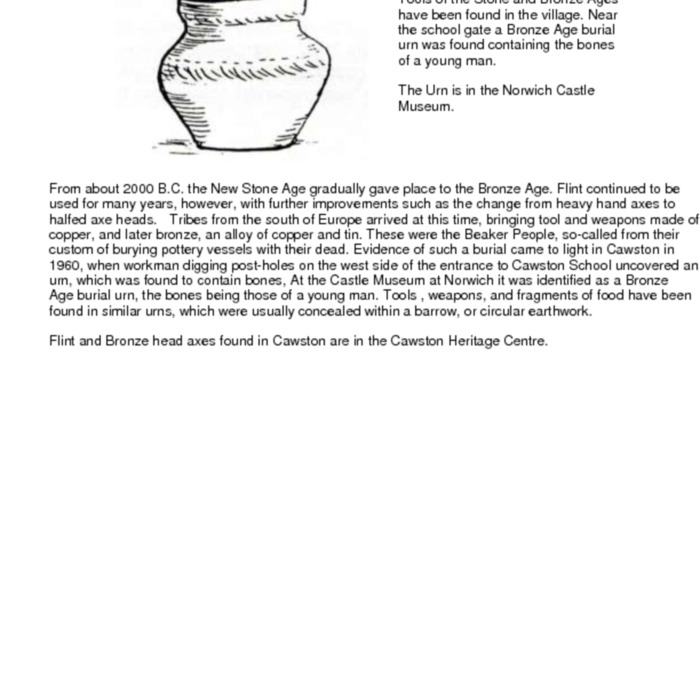 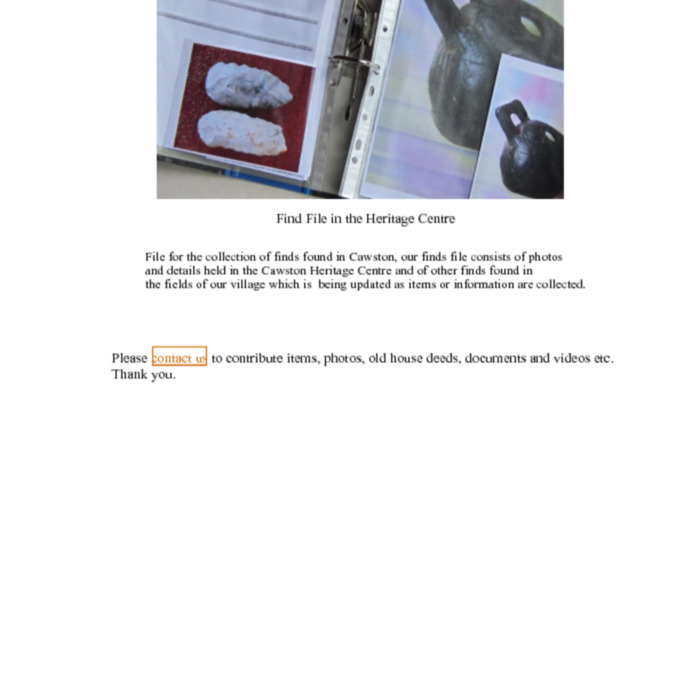 File which is in the Heritage Centre for the collection of finds found in Cawston.... 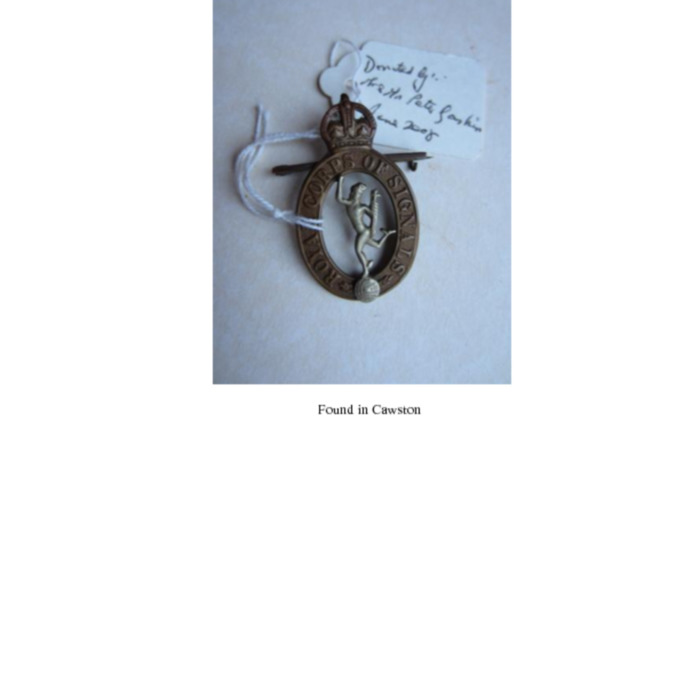 Found at Home Field where markets were held by a metal detector team....

Click on file to view full screen....
View all 21 items